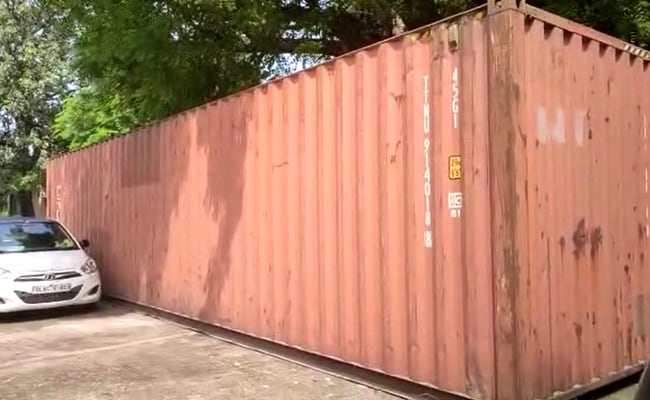 Delhi Police has recovered 20 tonnes of heroin from a container at Mumbai’s Nava Shera Port.

More than 20 tonnes of heroin coated liquorice has been recovered from Nava Shera Port in Mumbai. Delhi Police has recovered the biggest consignment of the drug heroin so far. The value of recovered heroin is around 1800 crores. The Special Cell of Delhi Police will soon make full disclosure of this matter.

It is said that the strings of this case of getting heroin in large quantities are related to Narco Terror. A few days ago, the Special Cell had exposed the Narco Terror by arresting two Afghans. The Special Cell had then caught drugs worth 1200 crores. During interrogation, Afghan citizens had revealed that the drug was present in the container at the port of Mumbai as well.

After this, the Special Cell of Delhi Police made the biggest seizure of drugs so far. Police seized heroin worth 1800 crores from a container from Nava Shera Port in Mumbai. A solution of heroin was made and poured over liquorice. About 20 tonnes of heroin coated liquorice has been recovered.

In the same month, Delhi Police arrested two Afghan nationals from Kalindi Kunj area. Drugs worth 1200 crores were recovered from Delhi, Greater Noida and Lucknow on his behest.

The money for this drugs was to go to the intelligence agency ISI in Pakistan. Therefore, considering it as a case of Narco Terror, the police have taken action against both the accused under UAPA. Now a container full of drugs has been recovered at the behest of the same accused.

Total value of heroin was seized approx Rs 1,725 ​​crores. The container was transported to Delhi. This seizure indicates how narco terror is impacting our country & international players are using different methodologies to push drugs into our country: HGS Dhaliwal, Special CP https://t.co/nyf9Id0eg3pic.twitter.com/1GSrTJtsOY

Special CP HGS Dhaliwal said that the total value of the seized heroin is around Rs 1,725 ​​crore. The container has been brought to Delhi. This recovery makes it clear how Narco Terror is affecting our country. Drug dealers of the world are using various methods to supply drugs to our country.