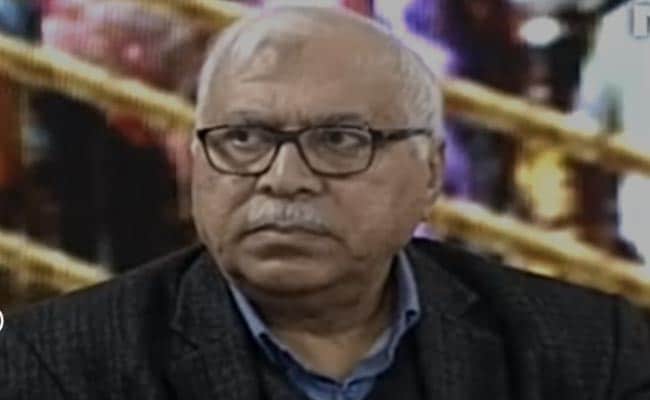 Former CEC SY Qureshi was also among the Muslim intellectuals who met the Sangh chief.

Some intellectuals from the Muslim community had met Rashtriya Swayamsevak Sangh (RSS) chief Mohan Bhagwat last month. During this, it has been agreed to work for harmony between Hindus and Muslims. Significantly, the RSS has increased contact with Muslims in recent times. These Muslim intellectuals included former Chief Election Commissioner SY Qureshi and former Lieutenant Governor of Delhi Najeeb Jung. In a conversation with NDTV, Qureshi told that on August 22, RSS chief Bhagwat met Muslim intellectuals. During this, Nupur Sharma’s statement against Prophet Mohammad was discussed. Apart from this, there was also a discussion about the Gyanvapi Mosque of Banaras.

This meeting has taken place at a time when the issue of Gyanvapi Masjid is being heard in the courts. In the meeting, it has been decided to create a platform to strengthen communal harmony in the country. Sources said former vice-chancellor of Aligarh Muslim University, Lt Gen (Retd) Zamiruddin Shah, former MP Shahid Siddiqui and philanthropist Saeed Sherwani were also among the Muslim intellectuals who attacked Mohan in a closed room at the Rashtriya Swayamsevak Sangh’s temporary office in Udasi Ashram in Delhi. Bhagwat met. Sources said that during the two-hour-long meeting, extensive discussions were held on strengthening communal harmony and improving inter-community relations.